Top 9 Social Media Influencers you should know in Nigeria

Social media’s advent and growing popularity have led to the emergence of a category of people labelled as social media influencers.

These people often use their large followership on social media platforms to advertise various products and services. Some have picked a niche and have a growing influence, while others have influence that cuts across the board.

This piece will look at various social media influencers in Nigeria across several platforms.

Top 9 Social Media Influencers you should know in Nigeria 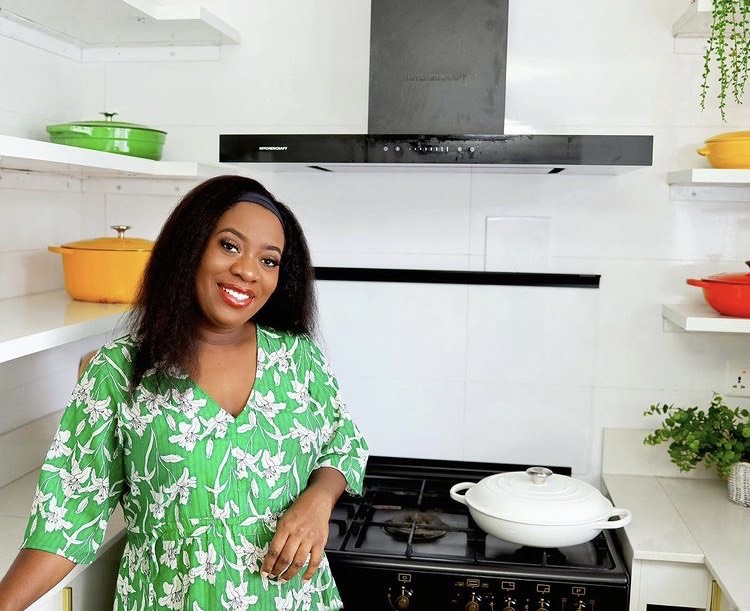 Born as Yemisi Sophie Odusanya and popularly known as Sisi Yemmie. She is a social media influencer with a niche in food blogging. Her YouTube channel has 753 thousand subscribers and 972 videos.

Her Instagram page has over 200 thousand followers. In 2018, she was profiled by CNN as one of the women who have struck Social Media gold in Nigeria. In addition, she has won several awards, including Female Youtuber at the 2017 ELOY awards.

If you need any Nigerian food recipes, do not fail to visit her YouTube page or check her Instagram page for snippets.

Sisi Yemmie is one of Nigeria’s most popular social media influencers, particularly in the food blogging niche. 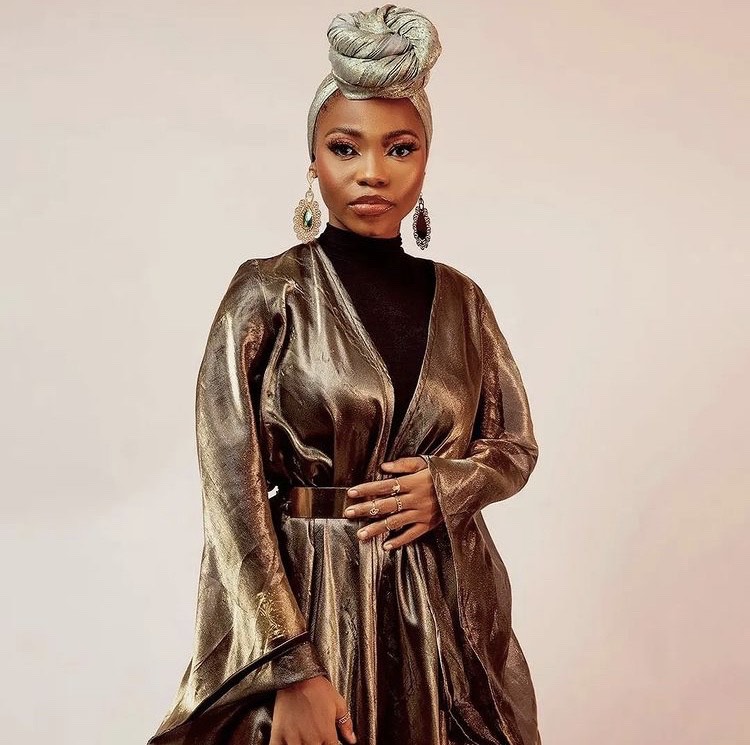 Popular for her comedy skits on Instagram, Maryahm Apaokagi has become a household name in Nigeria, as her growing influence cannot be denied. She has infused brand placement into her comedy skits, thereby giving those brands visibility via her platform.

She has 3.7 million followers on Instagram and pulls in an average of 300,000 views on each video uploaded. She has worked for several brands such as Hypo, Malta Guinness, Multichoice, etc. She has also been nominated for several awards in Nigeria.

Read also: Top 15 Instagram influencers in Nigeria that you should know 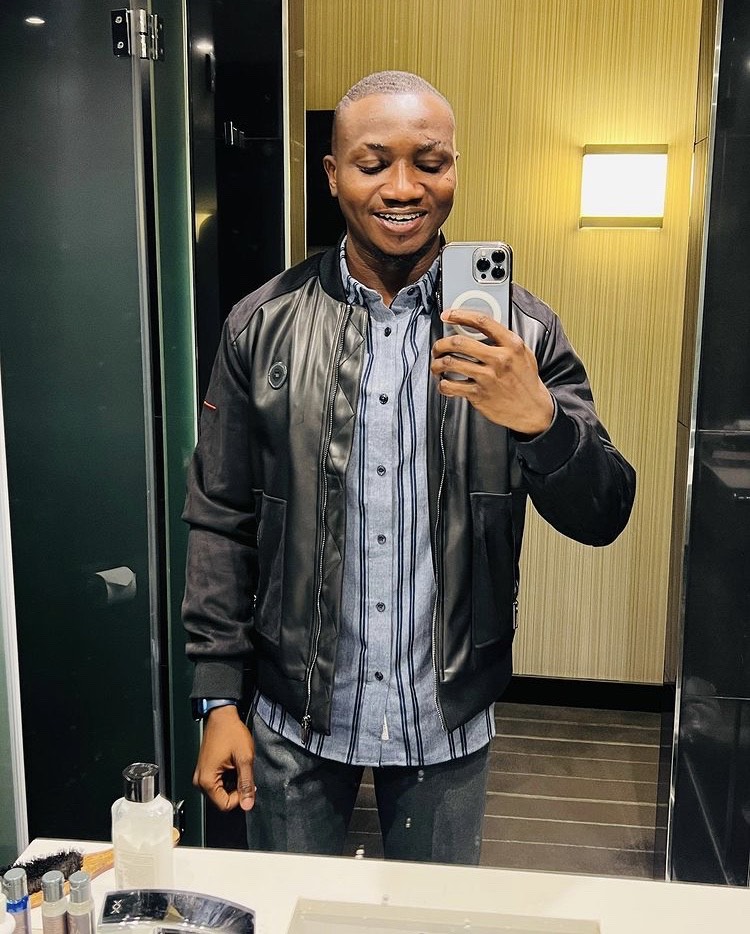 Pamilerin Adegoke, popularly known as Pampam Omo Iya Ologi, is one of Nigeria’s foremost social media influencers. He is especially popular on Twitter.

The graduate of Marine Engineering from the University of Lagos has worked with several notable brands such as Google, MultiChoice, Coca-Cola, Access Bank, and Universal Musi

He has also served as PR professional for Nigerian Artists such as Adekunle Gold and Korede Bello. Pamilerin owns a foundation named The Pamilerin Foundation to give out free sanitary pads to girls across Nigeria.

He is a recipient of several awards and has carved a niche for himself as one of Nigeria’s top Social Media Influencers. 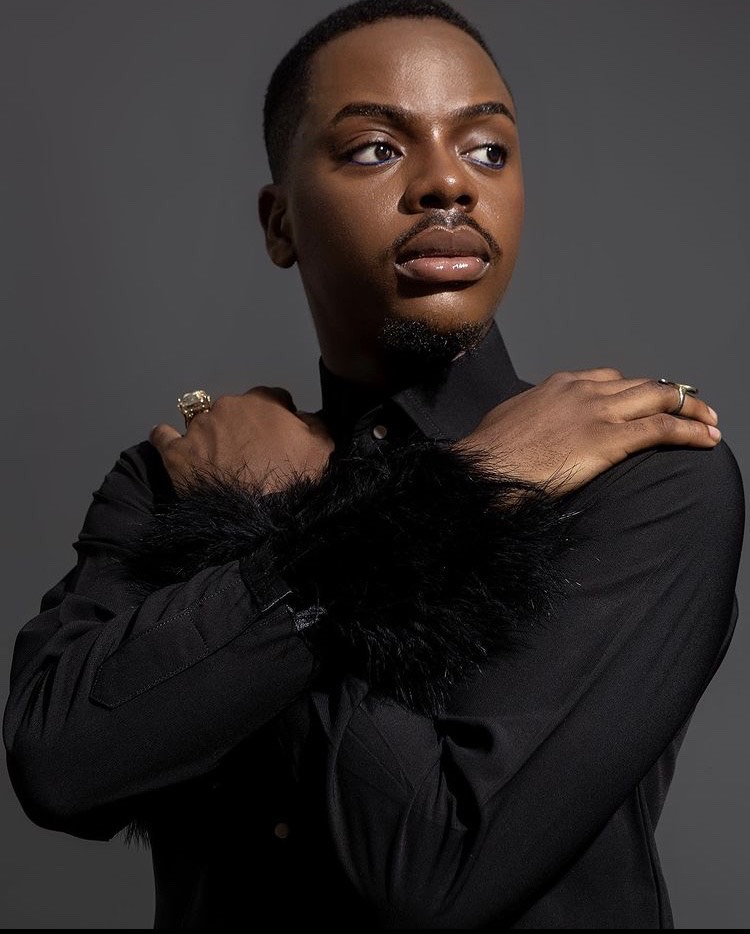 Eniolaoluwa Adeoluwa is a writer, influencer, and host, popularly known as the Lip gloss boy. He went viral in November 2020 and has been a famous social media influencer in Nigeria.

He is breaking glass ceilings for Nigerian Men in the beauty industry. He has half a million followers on Instagram and more on Tiktok. He recently became Nigeria’s first ambassador for the Crocs Brand. His brand also has partnerships with Fenty Beauty, MAC, and more.

He is also part of the group called THE GENG, which features a group of young social media influencers in Nigeria across multiple platforms. 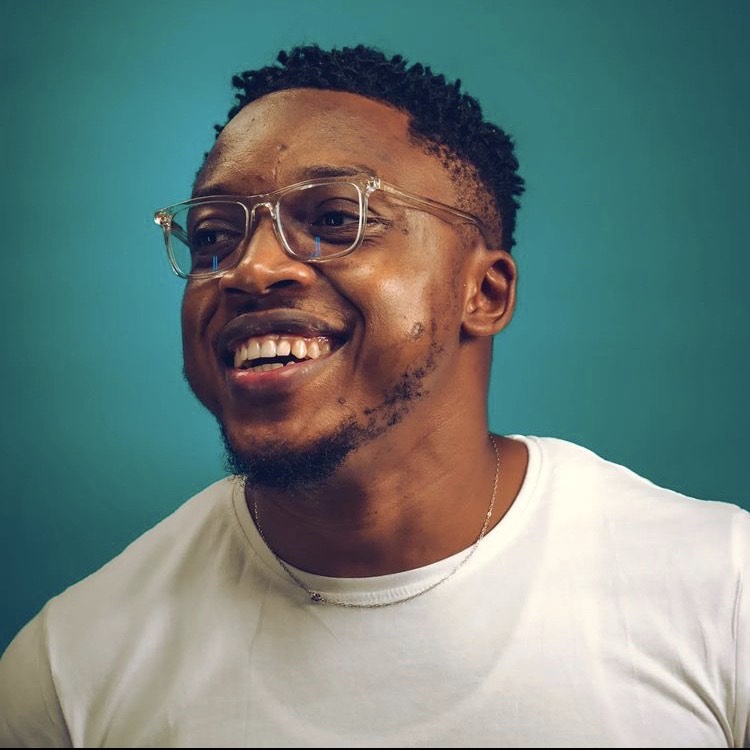 Dr. Chinonso Egemba, popularly known as Aproko Doctor, is one of the foremost Nigerian social media influencers. He has carved a niche for himself in the public health sector. He is also called Dr. Drink water by a few of his followers. With over a million followers on his Twitter platform, he dishes out basic health trips to all and sundry.

He has been nominated for several awards and has won quite a few. In addition, he has been invited to speak at several programs in and outside Nigeria on health-related topics.

He also raises funds alongside a group of people for people with pressing health challenges. 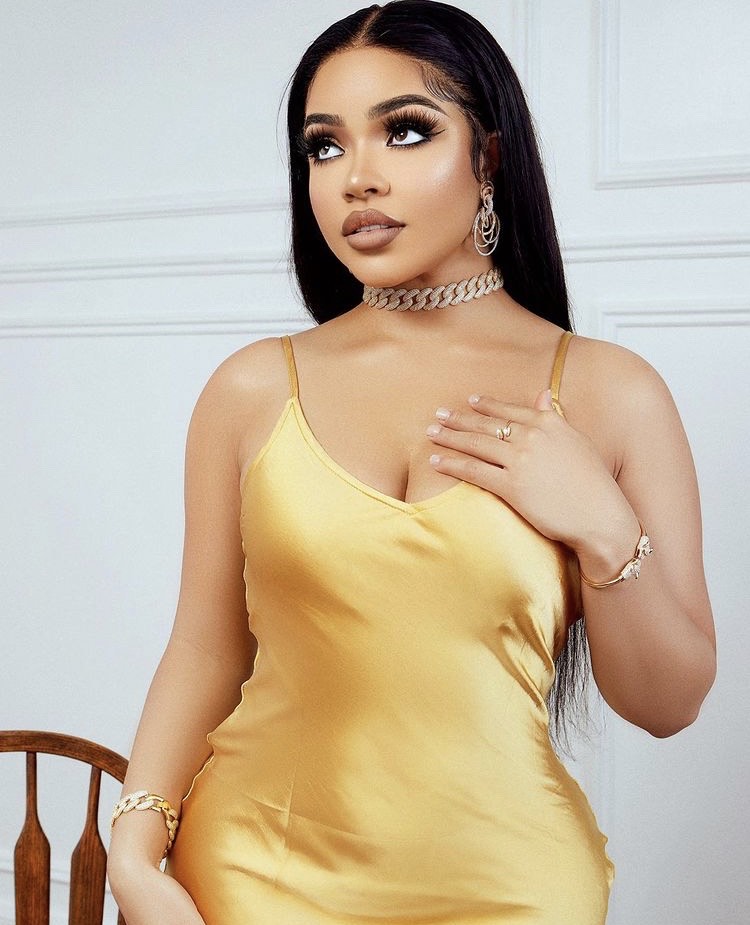 Nengi Rebecca Hampson rose to fame via the popular reality TV show Big Brother Nigeria in 2020. Ever since the show ended, the native of Bayelsa has been one of the most sought-after social media influencers in Nigeria.

She has over three million followers on Instagram and over seven hundred thousand followers on Twitter. She uses these platforms for advertising and influences several brands.

She was named Social Media influencer of the year in 2021 at the Gage Awards ceremony. Her brand portfolio includes Guinness, Remy Martin, Itel, and more. She also owns a shoe brand named Shoes by Flora. 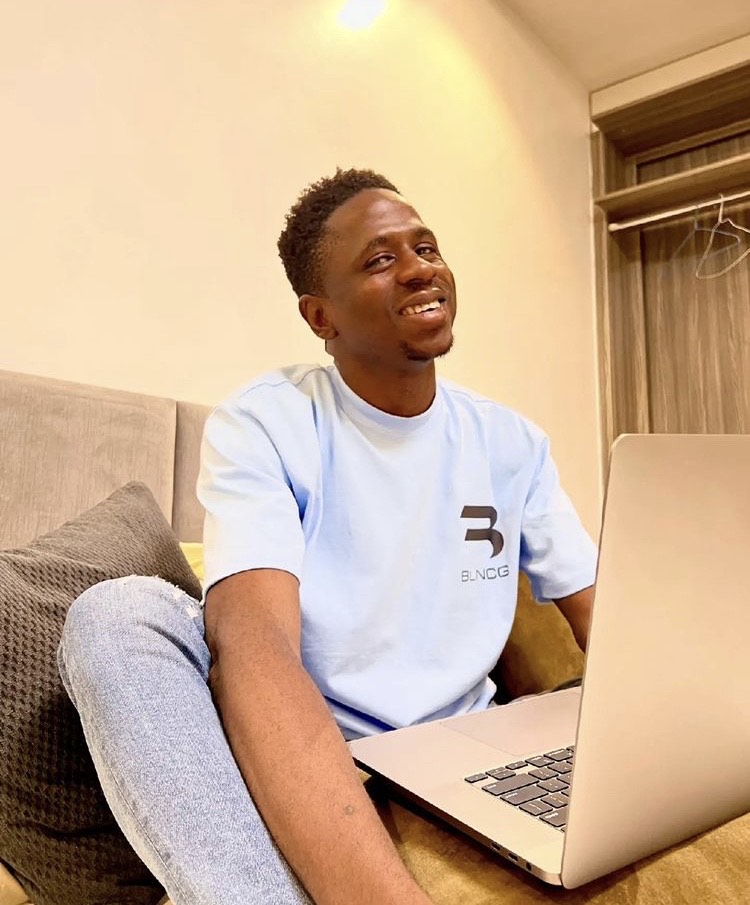 Ayodele Aguda, popularly known as HMC Shem, is one of Nigeria’s fast-rising social media influencers. He is particularly popular on Tiktok. He is a comedian who mimics women.

With over four million followers on Tiktok, he is one of the most followed Nigerians on the platform. According to him in an interview with Vanguard Newspapers, the Lockdown was a blessing to him as it was during that period, that his following and influence grew. He also has a growing audience on YouTube. 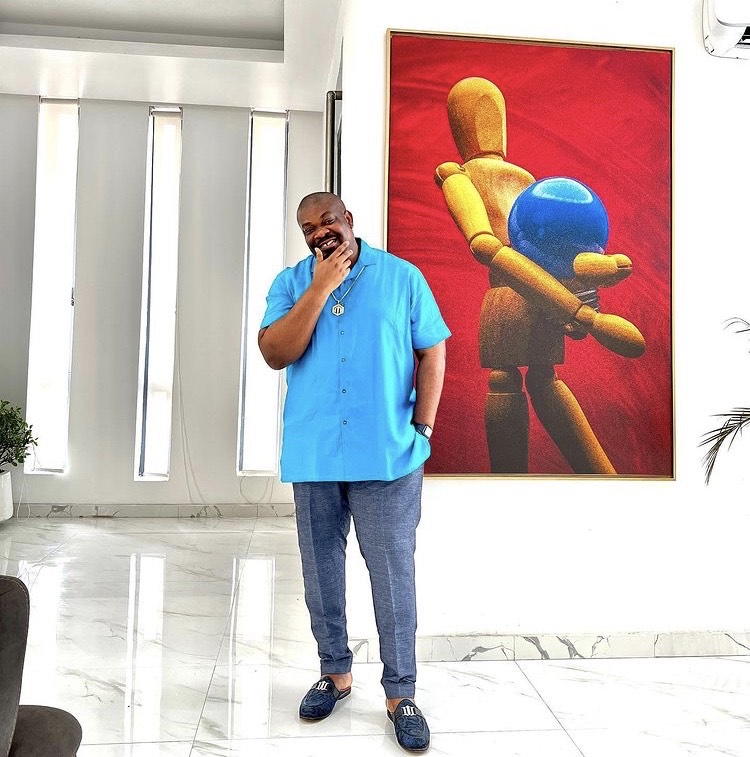 He is famous for being a music executive and a record producer, and he has leveraged that influence to advertise for various brands.

His reputation as a music business executive has played a major role in his growth as one of Nigeria’s foremost social media influencers. His range cuts across a lot of people in Nigeria. He uses his platform for advertising for several brands and helps promote online comedians to fame. 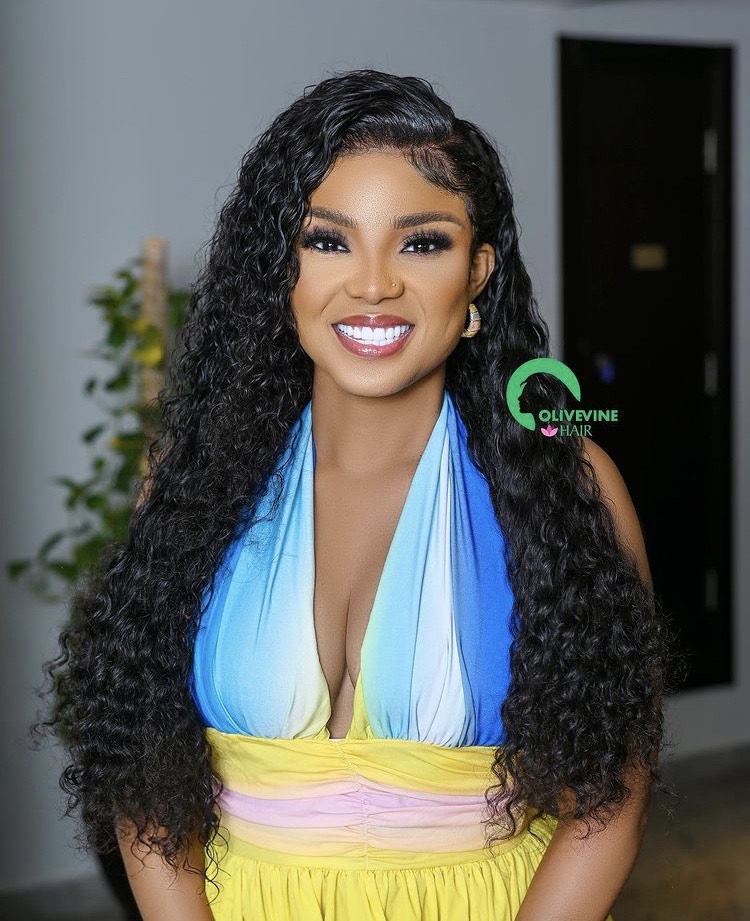 She became a Tiktok sensation during the Lockdown and has not looked back. The sensationalism on Tiktok has transcended to her Instagram accounts, where she boasts of over five million followers.

She has been nominated for various social media influencing awards in Nigeria. In addition, she advertises for various brands across the board.

This list is by no means exhaustive, as various social media influencers were not mentioned. And as each day passes, we have more people with growing influence in the Nigerian social media space.

Follow us on instagram to see the next set of influencers we put in the spotlight. You can also join us on whatsapp to get updates on similar content and other inspiring posts.

How to Grow your Business with Micro-Influencers

Olatorera Oladeji
Torera Oladeji is a Nigerian lawyer. She has a flair for writing and has decided to explore that passion. She is fun loving, enjoys her own company and hopes to be an established writer soon. She is currently a volunteer with Insight.ng

Quick Tips on How To Grow Beards Faster and Get Hotter

18 Best Ways To Invest In Yourself as a Nigerian

6 Kinds of Heartbreak You Can’t Escape in a Relationship

EXPLORING OGBUNIKE CAVE AND ALL THAT LIES BENEATH IT

How to Cultivate The Habit of Saving Money in Nigeria

15 Importance of Integrity in Life

Fake it till you make it: what does it mean?