Do you have a desire to visit some historical sites in Nigeria? Ever heard of the Osun-Osogbo grove, Ogbunike cave, the black slavery museum, or the point of no return and many like it?

Located in Lagos state, Badagry is a Local Government Area situated between Lagos State, Nigeria, and Porto-Novo, the capital of the Benin republic. It is one of the most searched historical sites in Nigeria.  It is a town known significantly for its function during the era of the slave trade.Some significant historical sites to note during the visit include: 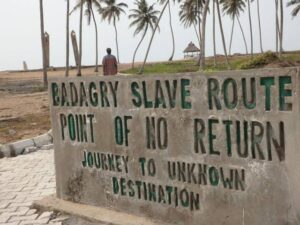 Another historical site in Nigeria is the Olumo Rock. Olumo Rock is situated in Abeokuta, Ogun state. Historically, the rock was said to serve as a protection for the Egba people helping them win during the inter-tribal wars. So the Egba people hold it in high esteem.

The rock was discovered by a hunter called Adagba in the 19th century. It is not just a site for tourist attraction but is also regarded as a sacred ground; a symbol of victory, strength, and peace.

You may want to take along with you suitable shoes for rock climbing (something that won’t slide on a tile), a water bottle to quench your thirst, a pen, and a notebook. 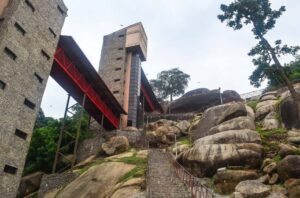 Now owned and managed by the Federal Government of Nigeria, the Yankari game reserve is a large wildlife tourist centre located in Bauchi State.

The reserve is rich in flora and fauna. Other features such as ancient sandstone cisterns – marshall Caves (where indigenes supposedly hid during war times), Wikki warm springs (a spring that maintained a temperature of 31.10C all year round), the confluence where river Gaji and Wikki warm springs meet, Dukkey wells (an elaborate water storage system consisting of 139 wells) and Anfara iron smelting site (believed to be the largest historic industrial complex of its time in the West Africa Sub-region).

It also has Tunga Dutse (a rock with legible engravings which have not been determined till this day) the museum (well-stocked with lots of skins, tusks, and bones; hunting gears and traps taken from poachers) other warm springs such as Dimmil, Gwana, and Mawulgo springs and Tungan Maliki, the only cool spring in the park.

It is advisable to visit the Yankari Reserve historical site during the dry season and just before the Harmattan because of the intense heat of the environment. 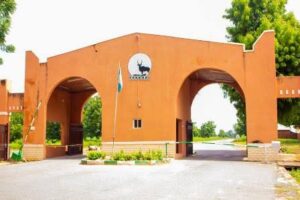 Located in Ondo state in the southwestern part of Nigeria, Idanre is a town surrounded by giant stones. One could almost think of it rolling down and crushing nearby houses. It is a top historical site in Nigeria. Idanre hills are said to have 9 ancient wonders and beliefs. They include:

The hill stands out and was listed in the UNESCO World Heritage Sites in October 2007.  The Idanre hills are believed to have emerged when a descendant of Oduduwa stole the Ade Omo Oduduwa (The crown belonging to Oduduwa’s son) and fled Ile-Ife with his followers. He was pursued for years into the jungle until he came across the mysterious hill and exclaimed Idan re! Meaning “this is a wonder”. He and his followers settled here for centuries.

The hill legends are woven around Agboogun, a hunter with a supernatural ability. 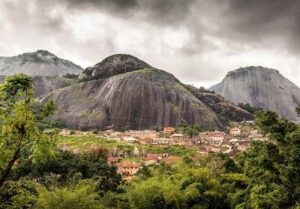 This historical site is the first museum to be established in Nigeria and houses the Esie stone images (Ere Esie). It is situated in the Irepodun Local Government Area of Kwara State.

The museum contains over 1000 carvings of men and women who are believed to have turned into these stone carvings. It also houses the largest stone carvings in Africa.

The most popular explanation for the soapstones was that they were people of a different tribe in Yoruba land who sent messages to the King of Esie that they were coming to settle down in the town. They however ended up settling in the outskirts of the town as they were disappointed that no one came to receive them when they came to the town.

They became rebellious and a threat to the peace of the town. The god of the land then turned them into stone statues which are worshipped by the Esie people to this day.

Some of the characteristic features of the Esie soapstones are facial marks, necklaces and bracelets, hairstyle, dress, sword, and crown. 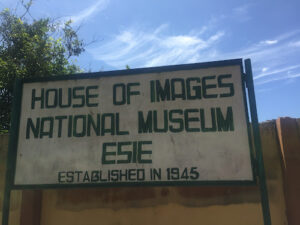 The Osun-Osogbo sacred grove is situated along the banks of the Osun river outside the city of Osogbo in Osun State. It was registered as a UNESCO World Heritage Site in 2005.

The Sacred Grove is a historical site in Nigeria that is regarded as the abode of the goddess of fertility, who gives barren women children. She was one of the wives of Sango, the god of thunder.

In Yoruba history, Osun was said to have turned into a river when she had a misunderstanding with Oba, her fellow wife. She is honoured annually in the Osun-Osogbo festival. Shrines are erected by the sides of the river.

The Osun-Osogbo sacred grove is dedicated to Osun. It is the largest of the sacred groves to have survived to this present age. An artist, Susanne Wenger transformed the grove into a centre for African art. 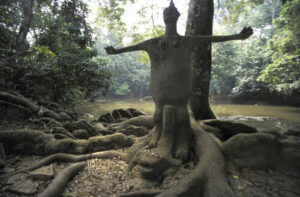 Legend has it that these two wives do not get along and so got into a fight one day. This made their husband rebuke them angrily. The troublesome wife then turned into the warm spring while the peace-loving wife became the cold spring.

These two springs flow from different origins, meet at a confluence, maintain their thermal properties, and do not mix. Indigenes believe that the spring has therapeutic and healing abilities.

The Erin Ijesha waterfall, also known as the Olumirin waterfalls is a historical site in Nigeria that is located in Erin-Ijesha in Osun state. It is called Oluminrin, interpreted to mean ‘another deity’ because of its mysterious appearance.

Natives believe the water comes from a sacred altar and has strong cleansing powers. They, because of this, offer sacrifices and celebrate festivals on the site of the waterfalls.

The waterfall is a collection of seven cascades that flow over a cliff creating a seven-part fall each having a distinctive look.

Climbing the seven levels of these waterfalls is not as easy as it looks but it is worth the climb. Each waterfall has such beauty and calmness that makes you want to visit again. 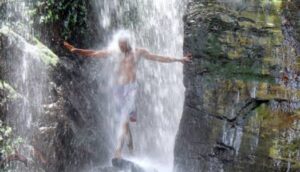 Located in Oyi Local Government Area of Anambra state, the Ogbunike cave is another fascinating historical site in Nigeria. Its existence cannot be accurately dated but was reported to be discovered by a hunter called ‘Ukwa’ some centuries ago.

The Ogbunike cave is a collection of caves said to have spiritual significance and as such, annual festivals are held to commemorate the discovery of the cave. This celebration is known as “Ime Ogba”. The cave is situated in a valley. 317 steps lead to the cave at the top of the valley.

Traditionally, visitors are not allowed to wear footwear into the cave. In addition, women on their monthly flow should not enter the cave.

The meeting point of the stream and river surprisingly has a warm and cold feel. A warm feel from the cave and a cold feel from the river. Beside the river is a tableland where visitors sit for relaxation. The Ogbunike cave is listed in the UNESCO World Heritage Site. 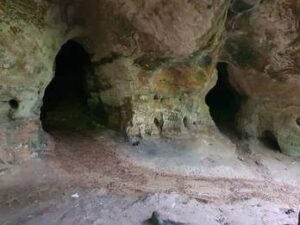 A thriving online business gives you the privilege to travel and explore anywhere you want in Nigeria. Join our WhatsApp community to access profitable online ventures.

Located in Abia state is a top historical site in Nigeria listed tentatively in the UNESCO World Heritage Sites in 2007. It is the home of the shrine of Ibin Ukpabi and has an intimidating cult statue of Kamalu, “The Ancient Warrior god’ which is still standing.A sacred altar here served as a supreme court where every judgement made is final and no appeal whatsoever can reverse it.

However, if the offender walks back alive, such an offender is considered innocent and wrongly sentenced. It was also reported that some victims were blindfolded and taken to Calabar as slaves. 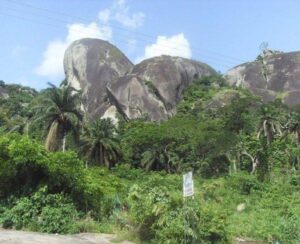 Nigeria is a country blessed with so many cultures with superb histories. These histories come in the form of ancient traditions, artwork, farming, hunting, religious activities, and mysterious sites to mention a few.

All the aforementioned sites and many others not included in this article have interesting historical backgrounds which have earned Nigeria much recognition in the western world.

If you ever visit any of these sites in person, make sure to follow instructions and yield to warnings. Do well to pack necessary camping materials for each visit. Eat and take enough rest before every visit, take notes and pictures, meet new people, have fun and enjoy the rest of your trip back home.

Mercy Rotimi
Rotimi Mercy is a Nigerian writer whose lifestyle centres around her family, teaching children and young adults, reading a book, or surfing the internet. This gave rise to her converting her speaking abilities into writing skills.
She writes on various niches such as; lifestyle, health, and Career.

The 4A’s on the Path to Self Forgiveness

Money Mistakes That Will Ruin Your Rich Goals in 2022

10 Effective Ways to Improve Your Creativity

7 Compelling Signs Of Maturity In A Relationship

8 Ways to Overcome Insecurity and Build a Strong Self-esteem

6 Empowering Benefits of Living Within Your Means

25 Beautiful and Wonderful Places to Visit in Nigeria

BEST VACATION IDEAS FOR NIGERIANS: TIPS TO RELAX OR EXPLORE THE WORLD.