The Untold History of Cryptocurrency

The history of cryptocurrency cannot be told without stating its relations to money. Money is one of the essential commodities needed for our existence every day we transact with another, and money is a medium of exchange we use everywhere.

Almost all of our daily transactions involve a third party, a bank. These traditional services control who’s allowed to have an account, who can send money from whom, and what country users can send money to other countries. They carry out the transactions on our behalf until the invention of the cryptocurrency,

The History of Bitcoin: Events leading to its Discovery

Cryptocurrency is a digital asset that has gained much attention within the past years; with bitcoin, no entity controls or coordinates transactions between two parties. Bitcoin is a digitized form of money, a currency that lives on the internet.

The history of cryptocurrency began with Bitcoin when it was launched in 2008 by a person or a group named Satoshi Nakamoto.

On October 31, 2008, Satoshi published a Bitcoin white paper, a nine-page document titled “Bitcoin: A Peer-to-Peer Electronic Cash System” the whitepaper outlined his vision for this new digital currency. Satoshi proposed a vision of a new electronic cash system that would allow online transactions between parties.

Bitcoin is the first decentralized cryptocurrency that reinvents the way we exchange money. Using bitcoin, funds can be transferred instantly and without a middleman. The actual Bitcoin blockchain did not start until January 3, 2009, and the blockchain was launched when the first block, called the Genesis block, was mined.

There were no exchanges to buy or sell Bitcoin in the early stages. It was obtainable only by miners validating the Bitcoin blockchain.

The first bitcoin transaction was recorded on May 22, 2010. A Florida man named Laszlo Hanyecz bought $25 worth of pizza, which is 2 pizzas, in exchange for 10,000 of his bitcoins. Laszlo’s transaction marked the first time anyone used bitcoin to purchase any product.

May 22 is a notable date in the history of cryptocurrency and is often referred to as Bitcoin pizza day. This transaction established the real-world price of bitcoin and showed that bitcoin could be used as a means of exchange or payment.

By November 2010, the bitcoin market cap reached 1 million dollars, and the price was 50 cents per coin. In that same year, a man named Jed McCaleb released the Mt.Gox Bitcoin exchange, where people can buy and sell bitcoin.

The use of bitcoin to make purchases began in January 2011, when Ross William Ulbricht established a website known as Silk Road. The Silk Road was an underground market where people could buy anything illegal, and it accepted bitcoin. Law enforcement later shut down Silk Road permanently, and all the bitcoins on the site were seized. This event in the history of cryptocurrency brought about a decline in the number of people using digital currencies.

The Evolution of Bitcoin in the World

People began to take notice of the evolving technology and the use case. Bitcoin hit almost 30 dollars in June 2011 before dipping down to below 5 dollars. This was one of the saddest events in the history of cryptocurrency.

In 2013, the world’s first bitcoin ATM opened in San Diego, California, and now there are thousands of cryptocurrency ATMs worldwide.

In 2014 Mt.Gox accounted for 70% of bitcoin transactions, In the same year, Mt.Gox was hacked, and Over 740,000 bitcoins were lost and never seen again.

The events in the history of cryptocurrency took a new turn when in late 2013, Vitalik Buterin, a programmer, decided to create Ethereum, which went live on July 30, 2015. Buterin introduced technology to bitcoin and blockchain and developed a robust language that could be placed with real assets like; stocks and property to the blockchain. This would take Bitcoin (just simple digital money) and elevate it.

As more people realized there is so much more to this whole blockchain and cryptocurrency, in 2014, we started to see a big development, the hype around all of the new cryptocurrencies, projects, and blockchains.

Entrepreneurs began entering the market. New exchanges began to emerge, and it wasn’t just Mt.Gox anymore; there was Coinbase, Gemini, Binance, and so much more. The history of cryptocurrency is now widely spread across the world. People are now willing to buy and sell bitcoin, realizing that digital currency is legitimate. It could be used.

Satoshi’s fame spread so far that he was nominated for the Nobel prize in Economics in 2015, but he completely disappeared shortly after launching bitcoin. No one knows who Satoshi Nakamoto is to this day, the name is believed to be a pseudonym, and his identity remains a history.

Read also: Why you should invest in cryptocurrency today

Cryptocurrency and its Benefits to Finance in Today’s World 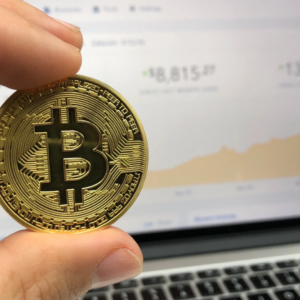 2017 was when cryptocurrency exploded, and people were talking about the history of cryptocurrency and how it could transform the financial industry to their relations, friends, and even strangers. The hype got high that companies wanted to participate in ICO’s Initial Coin Offering. This was an easy way for the company to raise money.

Read also: The future of cryptocurrency for individuals and businesses

In 2018, Decentralized Finance (DeFi) emerged; it was coined when a group of Ethereum developers wanted to open up finance applications from traditional systems.

NFTs slowly moved into public awareness before exploding into mainstream adoption in early 2021. NFTs are digital assets representing products in the real and the digital world. NFTs are widely being used in the art and gaming industry. Cryptocurrencies are one of the greatest technological innovations. Presently, there are thousands of cryptocurrencies, but Bitcoin remains the leading one in terms of recognition and market cap.

Interested in learning more on NFTs? Check out this piece on making money with NFTS.

Providing an insight into the history of cryptocurrency is to help you understand how the concept came to be and show you the potential of this innovative blockchain technology. Understanding artificial intelligence in business transactions today is an effective way to get good returns from investment.

Subscribe to our YouTube channel to participate in webinars that touch across business and financial growth. Also, join our whatsapp community to get updates on similar content and have conversations around it.

Ahuzi Vincentia
Ahuzi Vincentia is a Cryptocurrency content creator and ardent writer. She is passionate about research and self-growth.

How to Publish Your Book on Amazon: A Guide for Nigerians

6 Creative Ways To Save Money In Nigeria As A Student

The Emergence of Digital Healthcare Platforms in The 21st Century

FRIENDS WITH BENEFITS: YEA OR NAY?

15 Household Items You Will Find in Every Nigerian Home

Reasons You Should Take A Gap Year After College!

The Problems Facing Nigeria as a Country: is Nigeria Still the ‘Giant...

Is Social Media A Menace or Blessing in the 21st Century?