Fast Introduction to Blockchain and Cryptocurrency for Nigerians

Over the past few years, you must have consistently heard these terms; Bitcoin, Blockchain and Cryptocurrency. Perhaps, you may be wondering what they are all about or how it works. Then digest this write-up as it can be an eye-opener for you!

Moreover, there is a close relationship between blockchain and cryptocurrency. Blockchain technology is the backbone of Bitcoin and other cryptocurrencies. Its innovation has caught everyone’s attention including entrepreneurs, developers, and technology enthusiasts. The blockchain guarantees the security of a record of data and generates trust among users without the need for a trusted third party.

Blockchain is a distributed ledger that stores transactional records or information in a way that makes it difficult to hack. The digital ledger is duplicated and distributed across the entire network of computer systems on the blockchain. Blockchain is also known as Distributed Ledger Technology (DLT).

This technology makes it easy to complete transactions faster without having to deal with banks or any central authority. Here, the link between blockchain and cryptocurrency is created.

How does blockchain work

Blockchain collects and stores data in blocks. A block is a collection of records. These blocks which hold sets of information are linked together using Cryptography. Each block contains a cryptographic hash of the previous block, a timestamp and transaction data.

As new data enters, it is added into a fresh block. When the block is filled with data, it is then closed and linked to the previously filled block, forming a chain of transactional data or information. Once data is recorded in a blockchain, the data in any given block cannot be altered retroactively without altering all other blocks. This makes it difficult to alter the old blocks.

Hence, the information contained in the digital ledger is highly secure. Moreso, a hacker will not be able to alter the data in a blockchain. Currently, lots of companies are looking forward to implementing blockchain and cryptocurrency in a variety of ways to help society other than just recording and storing transactions.

For example, as a way to vote in democratic elections, to store health data or records in the healthcare system, and track food products from their origin in the food industry. This would help in maintaining a secure and decentralized record of information.

Read also: How to transition into Tech as a Nigerian

A cryptocurrency is a form of digital money or virtual currency that runs on blockchain technology. Unlike fiat money which is a paper form of money, made and maintained by licensed authorities, cryptocurrency is a digital currency. It is maintained by a decentralized system using cryptography. Besides, it is not backed by any centralized authority.

Cryptocurrency is used as a medium of exchange through a network that is not reliant on a particular authority, such as a government or bank to verify, control and maintain it. With these digital currencies, anyone can send and receive payments anywhere, at any time, and also with cheaper transaction fees, unlike the bank system.

When you transfer cryptocurrency funds, the transactions are recorded in a public ledger known as the blockchain. This currency is protected by strong encryption algorithms which makes it nearly impossible to counterfeit or hack.

Brief History of Blockchain and Cryptocurrency

However, the concept fully emerged with the release of a white paper that explains the foundations of blockchain and cryptocurrency (bitcoin). 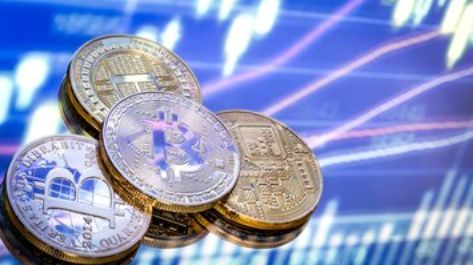 Top 3 Benefits of Blockchain and Cryptocurrency

The main advantages of cryptocurrency transfers are the low cost of transactions while sending or accepting payments. Also, there’s no need for a middle-men and high speed that is as fast as Lighting.

Meanwhile, the cryptocurrency payment system is Peer-to-Peer (P2P). This means users can send and receive payments at any time, from anywhere in the world and to whomever they want. The process does not require approval from any external source. Unlike traditional banks, there is no banking fee, no overdraft charges, no high fees, etc.

This is another exciting use of blockchain and cryptocurrency. We probably don’t think of a scenario where bank accounts and assets could be frozen by a central authority. Maybe because someone is being accused of financial misconduct, sometimes it could be a false accusation.

The fact is that this happens more often than people know. When that happens, people find themselves with no access to their assets or money. This is one of the most unique uses of cryptocurrency. Bitcoin and other cryptocurrencies act as an alternative way to store wealth. Here, only the individual with the private keys to a particular wallet can access the assets in the wallet. Hence, no personal digital wallet can ever be frozen by authorities.

Cryptocurrency trading involves buying and selling cryptocurrencies for profit. This is another major opportunity for blockchain and cryptocurrency. You can make money by investing in some potential crypto assets.

When research is being done on some crypto project, you can always invest your money in it for some profits. Investing in crypto assets is risky but also potentially extremely profitable.

While there might be some bumps along the road, the use of blockchain and cryptocurrency is still on track for more widespread adoption. Record keeping of data and transactions is an essential part of the business. This information is often handled through a third party like brokers, bankers, or lawyers thereby increasing time and cost.

Fortunately, blockchain avoids this long process. This is because it aids the faster movement of the transaction, thereby saving time and money. Subscribe to our newsletter to learn more about blockchain and cryptocurrency. Thanks for your time!

Ahuzi Vincentia
Ahuzi Vincentia is a Cryptocurrency content creator and ardent writer. She is passionate about research and self-growth.

How Entrepreneurs Can Develope Networking Skills for Business Growth

All You Need to Make money With NFTs: The Best Information You’ll...

Effect of mobile technology on the Nigerian Society

A Guide to the Metaverse Demystified for Nigerians

Why Metaverse is the New Frontier in Technology

Insights on How to Get a Tech Job in Nigeria

Transitioning into Tech in Nigeria: A Comprehensive Guide