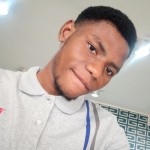 Prior to and after independence, Nigeria’s economy was a productive one. The three regions that made up the country at the time – the Northern region, the Eastern region and the Western region, were hubs of economic activities. Productive sectors such as agriculture, mining and manufacturing flourished exceedingly. In fact, world financial bodies such as the International Monetary Fund and the World Bank predicted that Nigeria would become one of the best twenty economies in the world before the millennium.

Business insight: Learnt why you should become a freelancer in Nigeria now.

This was not to be as the discovery and exploration of oil in the late sixties coupled with military intervention in the nation’s politics set the nation’s economy on a fast descent to atrophy. As petro-dollar began to pour into the nation, the leadership at the time knew not what to do with the newfound wealth and began a culture of waste and corruption. Goods that were hitherto produced in the country were dumped for foreign ones.

The nation’s markets were flooded with imported goods which sent locally made ones out of business. Local manufacturers began to close shops, down-size their workforce and ultimately went out of business.

Also, infrastructure critical to the nation’s economic growth was allowed to rot away. Our railways that have served as a means of transporting goods across the nation became moribund. Power, the oil that lubricates the engine of any economy, became epileptic.

These shot up the cost of doing business in Nigeria and made the country unfriendly to investors. Rather than see to the resuscitation of these decaying infrastructure, the nation’s leaders at the time, declared that the nation’s problem was not money but how to spend it.

Today, Nigeria is ranked among the worst countries to do business. This has made the country an import-dependent one as investors continue to flee the country. Virtually everything being used in the country is imported; from small kitchen items like matches and toothpick to cars and electronics. This has led to severe unemployment as millions of youths in the country have no jobs to do.

According to statistics from the Nation Bureau of Statistics, there are over fifteen million unemployed people in the country. This is more than the total population of Singapore and Malaysia, two countries that began the economic development race with Nigeria. These two countries have long gone from third-world countries to first-world countries and are part of the famous Asian tigers. These nations are not as naturally blessed as Nigeria, which has almost limitless natural resources.

The dependence on foreign goods has also made the nation a dumping ground for all manners of goods. The nation’s markets are full of substandard products which have done severe havoc to the citizen’s health.

At the moment, the nation is experiencing a severe economic recession caused by the fall in the price of crude oil. Crude oil, the nation’s major foreign exchange earner has experienced a price fluctuation since late 2015. This has adversely affected the amount of money the nation earns from the sale of her oil.

Also, continued damage to oil facilities in the nation’s oil-rich region, the Niger-Delta, has led to a drop in production. Today, the nation does not earn enough from crude oil to pay workers’ salaries and embark on developmental projects. This has caused widespread hunger and disaffection among the people.

Since importers have no access to dollars in order to bring in products from abroad since the nation is earning fewer dollars now, they have had to resort to the black market for the currency. This has led to a hike in the prices of essential commodities. All these would have been averted if the nation had a solid economic base and was not import reliant. It is hoped that steps being taken by the government to make the country self-reliant would bear fruits for the betterment of all.

Again, importation of goods have done more harm than good to Nigerian economy.

Business insight: Learn how to start a WhatsApp Tv in Nigeria and earn over 35,000 per month.