5 Unfailing Tricks to Catch your Cheating Boyfriend in Nigeria

It’s wrong to say all men cheat. Even though not all of them cheat, some of them do. If your woman’s intuition begins to tell you that your boyfriend now has another babe on the side, pay attention.

You must start watching for cheating signs and devising ways to catch your cheating boyfriend. Here, we’ll touch on the eight signs that’ll tell you he’s cheating on you, how to catch him in the act, and what to do next.

8 Tellable Signs your Boyfriend is Cheating on you

Here’s how to know if your boyfriend is one of the many few Nigerian men who have sidepieces.

Oh! You thought the answer would be, “He ghosts on you?” No, sister. Anyone who disrespects you enough to go MIA on you is a ghost. Do you see ghosts? Except you’re Isila from The Ghost and the Tout Too, your response should be ‘no.’

What do you think he’s doing in his ghost mode? Taking some life lessons from Buchi Solomon? Your boy is cheating on you with someone. 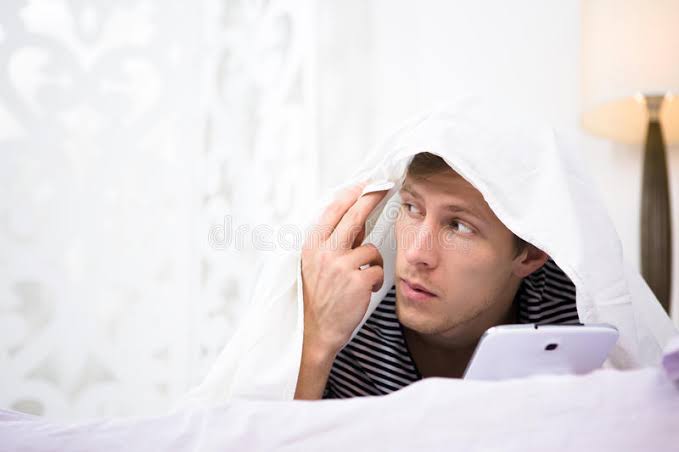 Except your sugar boy is handling a confidential case, he has no business excusing himself to answer a call elsewhere. Your boyfriend has nothing confidential to discuss with ‘Jide Mecho.’ So, if you are opportune to see his screen light up when Jide Mecho calls, know it’s one Amaka calling to know if he wants to eat before he eats.

In your seven years of dating, your boyfriend only has the boxers and singlets you bought him each year’s Valentine’s Day. Suddenly, he’s decided to buy nice briefs which he won’t wear for you. This is enough to let you know this man doesn’t love you anymore, and there’s fire on the mountain. Brace up and run to the mountain of fire for help.

You should blame Sola for his assertiveness. Maybe you pray his Twitter account gets suspended again. Why would your boyfriend be assertive with you when you know him to be a gentle soul? The answer is simple. He’s being assertive with you while he’s gentle with another chick. He doesn’t want to do away with his gentle side; he also wants to adhere to Sola’s teachings. 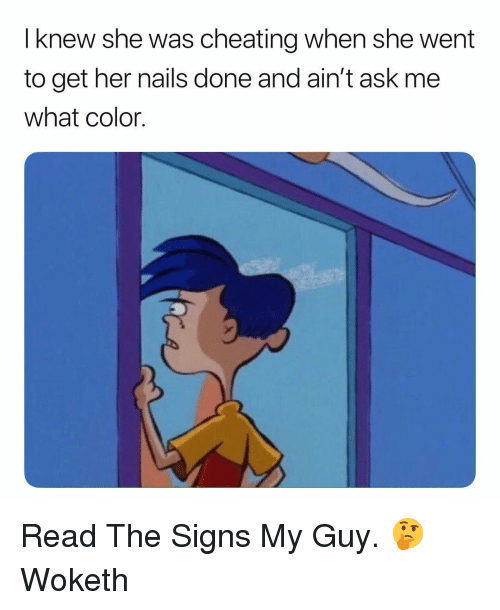 Now that your boyfriend has started accusing you of cheating, he’s trying to cover up his cheating escapades. He wants to divert your attention and make you take your eyes off his misbehaviour. 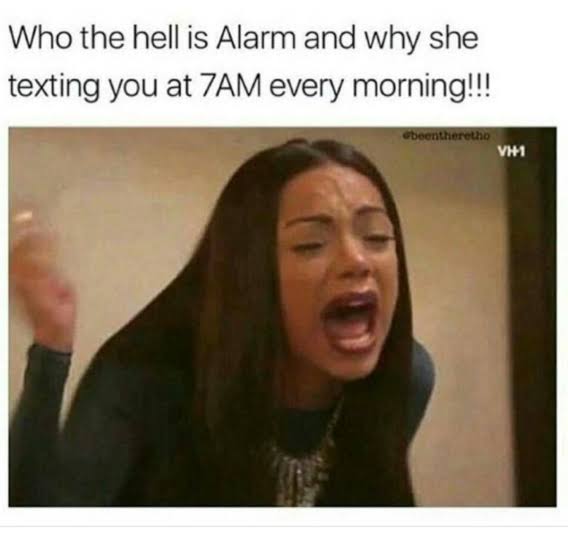 He knows better as a Sola-follower not to box you. However, he picks fights with you at every chance he gets. For example, he’ll be angry if you ask why Jide Mecho sent him a good morning text. If he begins to use the “I owe you no explanation” line, he’s cheating.

Who does that?! You deserve to be showered with lots of gifts. If you ask him a thing and he doesn’t get it for you, or he says he’ll think about it, he’s asking his new sidepiece for permission. 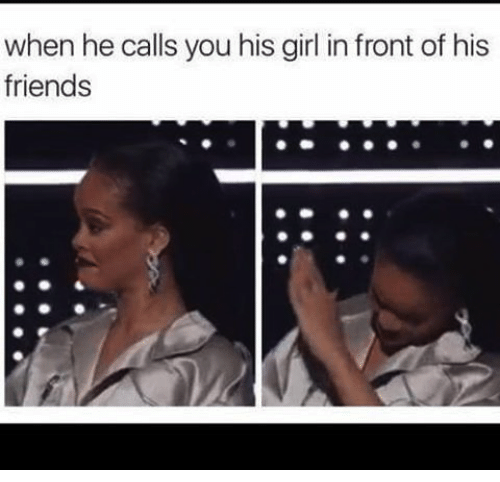 If his friends call you “our wife,” you are on your way to catch your cheating boyfriend. His friends are trying to cover up for him. They know his new girlfriend but don’t want you to notice. Also, they’re probably using you for your culinary skills. You know these boys like food.

You must show him you’re smarter if he thinks he’s smart. So, girl, you need these tips to show him you know about his hide-and-seek game with his newfound love.

Who cares if he loves being notified about your visit ahead of time? So show up at his house or regular fun place and see who’s with him. This might even be an opportunity to meet the female Jide Mecho, who has been servicing him. 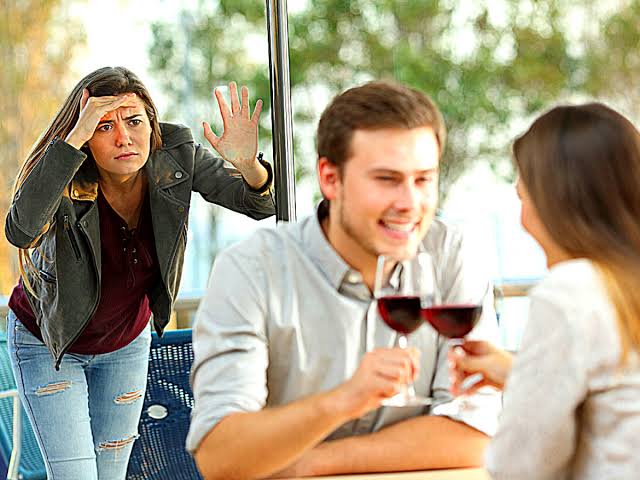 He’s been eating catfish pepper soup with his side chick at every restaurant. It’s your time to catfish him. Create a fake social media profile and make the first move at him. Declare your love and use the “I don’t want your girlfriend to kill me” line. Then sit back for his response. If he says he has one, ask further about her. That should tell you what you need to know.

Tell your baby boo you need to use his phone. Make up an excuse. We all know how crappy many of these Nigerian banks’ services can be. Tell him you recharged from your bank two hours prior but still haven’t been credited. If he’s giving you 1,001 reasons you should wait to get credit before you make that call, that’s your cue.

Another similar way to catch your cheating boyfriend is his reaction when you pick up his phone to do something as little as checking the time. If he sprints so hard to where you are, like Usain Boltz, he’s a cheater.

Read also: 5 Signs Of Immaturity in a Relationship

If you have decided to catch your cheating boyfriend, you must avoid the things that’ll strengthen your bond. Stop messaging him on different social media platforms, and don’t call. If he doesn’t notice you’ve withdrawn enough to maintain the bond, someone else has hopped in his Maserati.

Girl, just ask. There’s no need to stay in the dark wondering what he’s doing every time. You don’t deserve high blood pressure over somebody’s son. His mother should do him the honours of that. 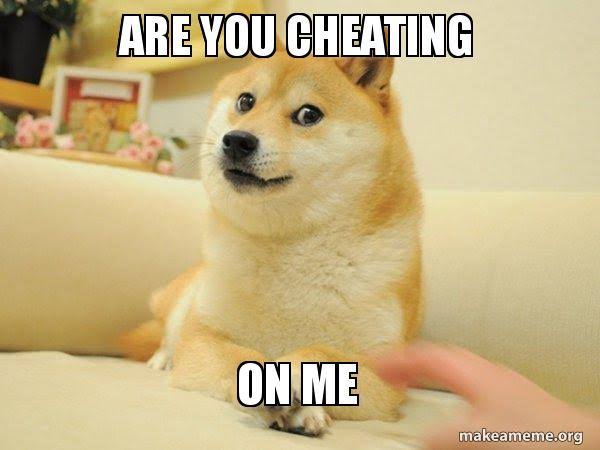 Enough of doubting yourself. It’s now time to say, “Femi, are you cheating on me?” in the most sensual and emotional way. Of course, he’d lie. Were you expecting him to tell the truth? You should know what they say about Femis by now.

Steps to take after you Catch your Cheating Boyfriend

You’ve seen the signs, and you’ve caught your boyfriend cheating. It’s time for some girl action. You have to pepper Femi and Jide Mecho with these tips. 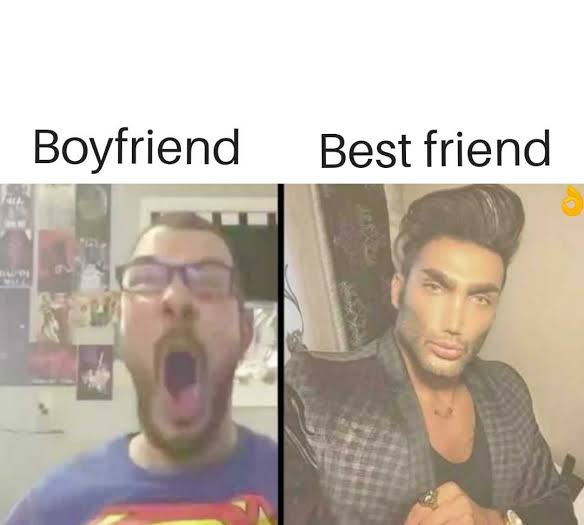 We all know how Nigerian guys will never understand the male-female bestie thing. So, get you an Aaron Pierre-hot bestie, and watch your boyfriend and his sidekick envy your accomplishment.

Send him a text showing your itinerary to <insert dream place of vacation>. Tell him you’d be gone on a trip your baba alaye has sponsored for a year. You could even tell him Ned Nwoko is toasting you.

He shouldn’t do it before you. Serve him a breakfast hot enough to burn his tongue and make him sweat. If it can also be hot enough to make him drop a single like Burna Boy, you’re a woman king.

Read also: 6 Kinds Of Heartbreak You Can’t Escape in a Relationship

Cheating boyfriends are a societal menace. If you find yourself in a relationship with one, try to break off from the entanglement. This will save you from sinking deeper into his mess or even getting disrespected by the other woman. However, make sure you catch your cheating boyfriend in the act before you do that.

You can drop your impressions in the comments section or chat with Insight.ng on WhatsApp as regards relationships and how to keep it alive. For more engaging posts, you can subscribe to our newsletter.

Oluwatosin Ajayi
Oluwatosin Ajayi studied Mass Communication in Adekunle Ajasin University. She has a flair for content writing in cybersecurity. Her journalism experience helps her to research topics in-depth. She then uses her communication skills to pass across facts in digestible forms. Oluwatosin also writes fiction in her leisure time.

7 Ways to Become an Expert in SEO Writing

THE MOST POPULAR APPS FOR NIGERIAN YOUTHS

10 Funny Pidgin Proverbs to Spice Up Your Day

7 Tips to Make the Most of Festive Seasons

How to Make People to Compliment You in Nigeria