The Problems Facing Nigeria as a Country: is Nigeria Still the ‘Giant Of Africa’

Nigeria is the most populous African country in the world. Nigeria is often referred to as the giant of Africa because it has a population of almost 240 million people. It is the most populous black country in the world and sits seventh when ranking countries with the largest population. A large population should translate into an excellent reservoir for labour, increased military strength, and an augmented workforce. It should also raise human capital, which in turn pushes development. A greater populace should expand the scope for innovation, inventions, and creations. It also encourages an increase in agricultural output as people tend to produce more food needed for their survival.

BRICS is an acronym denoting the five largest emerging economies in the world, which are: Brazil, Russia, India, China, and South Africa. Their population reflects the level of development in these countries. Many countries with large populations, such as China, India and the United States of America who have fully maximised their large populations. The same cannot be said about Nigeria, which stood formerly as the giant of Africa but has since been overtaken by other African countries in terms of development.

Do you have a business? Would you like your voice to be heard on the online space? Collaborate with Insight as we sponsor your business today to teach a wider audience.

Five (5) Major Problems that Questions the Title ‘Giant of Africa’ 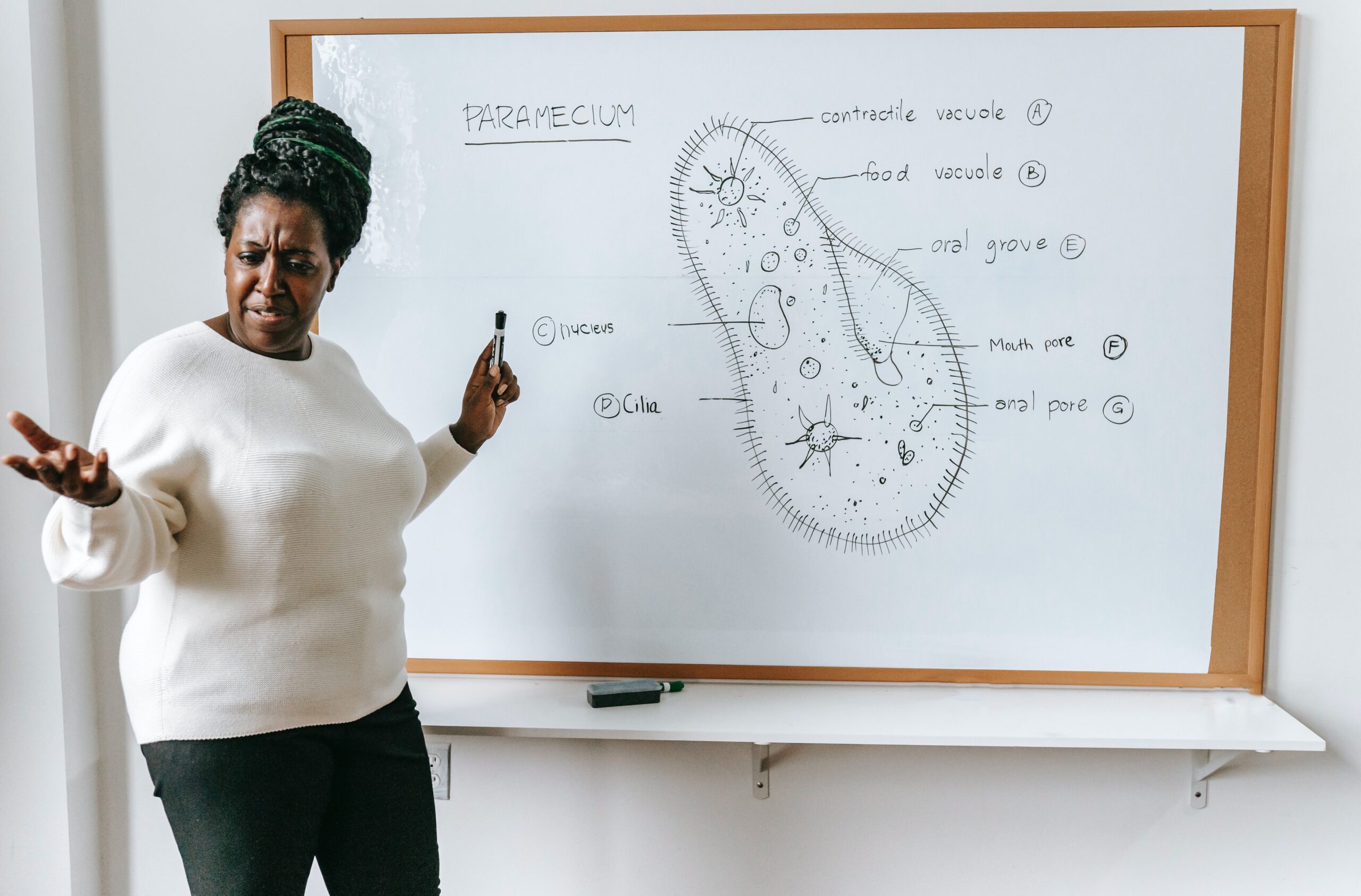 The educational system of the one-time giant of Africa remains in a constant downward spiral. Any Idea of driving national development to greater heights without first educating your people remains surrealism. For Nigeria to return to its former position as the giant of Africa, the residents must be well educated.

In the good old days, Nigeria had the best universities in Africa and the best university graduates, boasting of students from both African and foreign countries. Many students had jobs waiting for them upon graduation from the university. This is no longer the case as Nigeria currently has an unemployment rate of about 40%. A survey by the United Nations Children’s Fund (UNICEF) shows that Nigeria currently has over 18.5 million children out of school, with over 60% being girls. It is estimated that approximately 35% of children in Nigeria who attend primary school do not go further to participate in secondary education. This is due to a lack of school funding, poor prioritisation of education at all levels, and increased strike action, especially by unions within tertiary institutions.

Campus Insight : How to Cope with ASUU Strike and Be Productive

Millions of Nigerian students have been out of school since February 14th, 2022, due to the standoff between the Federal Government of Nigeria and the Academic Staff Union of Universities (ASUU). It is commonly said that when two heavyweight fights, the ground suffers. The students of federal universities in Nigeria are currently suffering from this strike with no end. The strikes have become frequent, with the last strike lasting for about nine months (1 academic session). The standard of tertiary education continues to drop in relation to other African universities. We have also seen the fall of Nigerian universities in recent rankings both in Africa and the world University rankings. 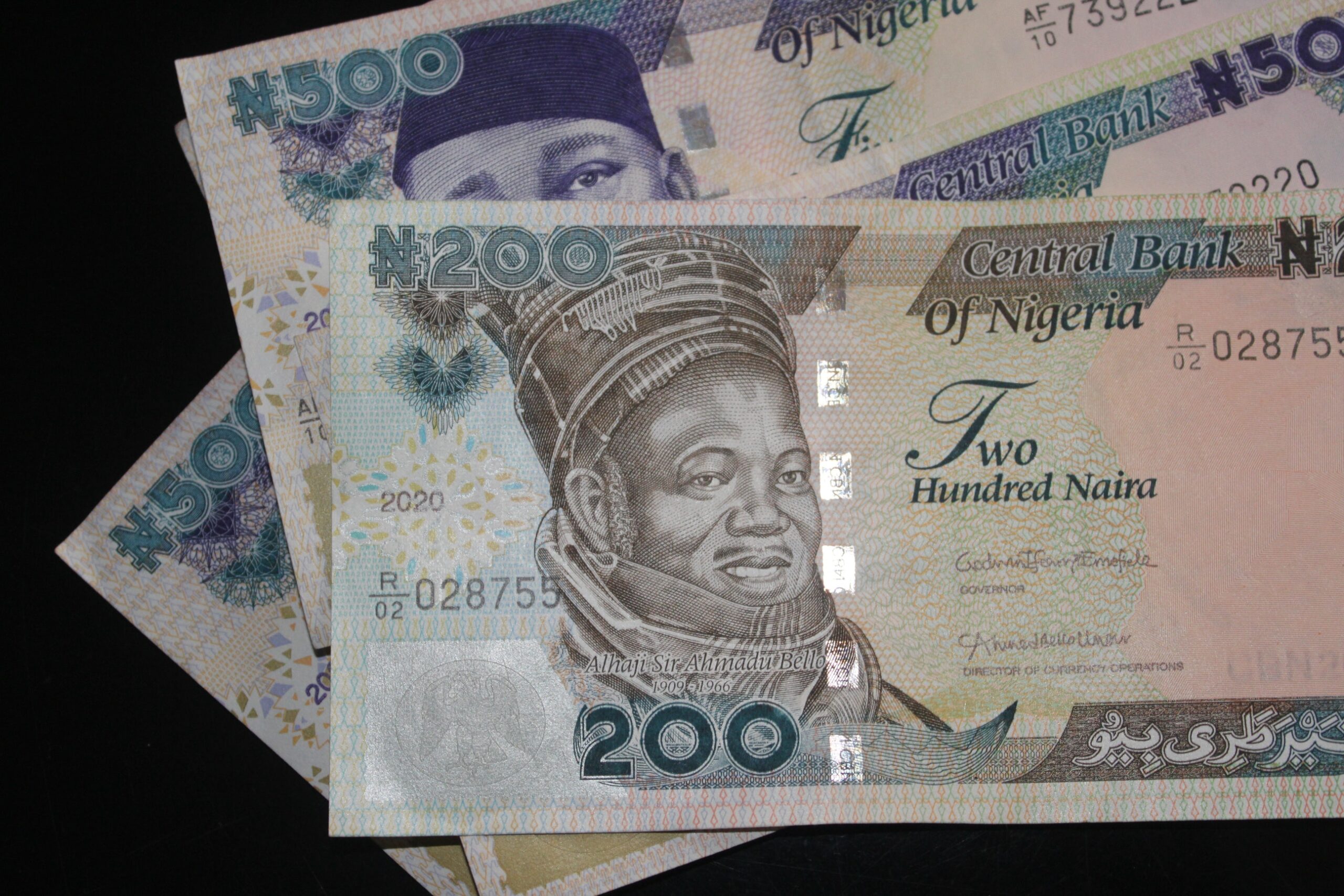 The one-time giant of Africa surpassed India as the world’s poverty capital in 2018. Nigeria has about 100 million citizens below the poverty line, with another 25% being very vulnerable to extreme poverty. A country with a vast population to support commerce, plenty of natural resources such as crude oil, 100million people living in extreme poverty compared to India’s 73 million. About 43% of Nigerians live below the poverty line, which is terrible for a country blessed with numerous natural resources. A survey by the United Nations showed that about 53% of the Nigerians living below the poverty line are residents of rural areas of Nigeria, with males slightly more affected by poverty than females.

In Africa, Nigeria leads the way with the highest population of people living in poverty, closely followed by the democratic republic of Congo, which has about 67 million people living below the poverty line. Madagascar stands in 3rd place with about 21 million poor citizens, followed by Angola with about 18 million poor citizens. This data shows that Nigeria has tilted behind other African countries and no longer stands as the giant of Africa but is now the world’s poverty capital. 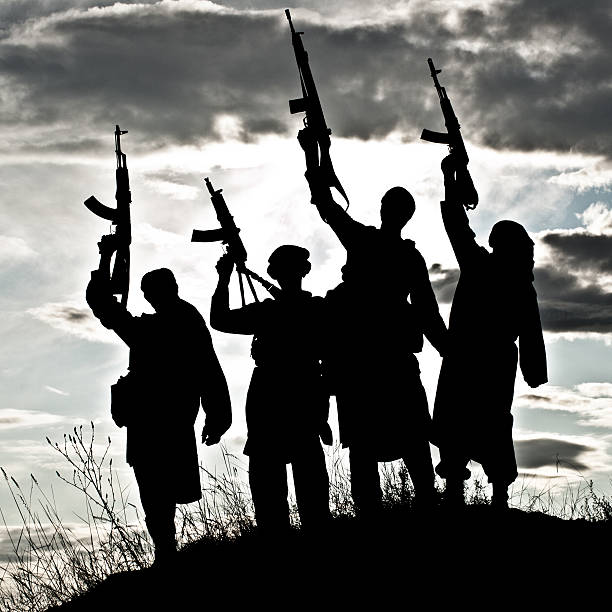 Nigeria is currently in a perilously insecure state which is eating deep into the country’s economy. From the armed bandits and Boko haram terrorists in the north to the unknown gunmen in the southeast. There is a strong relationship between national security and continuous economic growth as businesses and investors find striving in an unsafe environment challenging. Nigeria has suffered from increasing levels of insecurity in the past two decades. It was rated in 2020 as the 3rd worst country with insecurity in the world, just behind Afghanistan and Iraq by the Global Terrorism Index (GTI). Many companies looking to invest in Africa due to its vast number of resources now look to other countries because insecurity is incompatible with development.

If this post inspires you, feel free to subscribe to our newsletter to receive the latest info on interesting updates.

Nigeria being the world’s poverty capital, can also be traced back to insecurity as the livelihood of the populace has been greatly affected by banditry, terrorism, and conflicts between farmers and herders. Farmers no longer feel safe going to their farms, and this has caused hikes in food prices and food insecurity. It has also disrupted the supply of food from northern parts of Nigeria to the Southern parts as the rounds are considered unsafe, and many fear being kidnapped and their goods diverted. 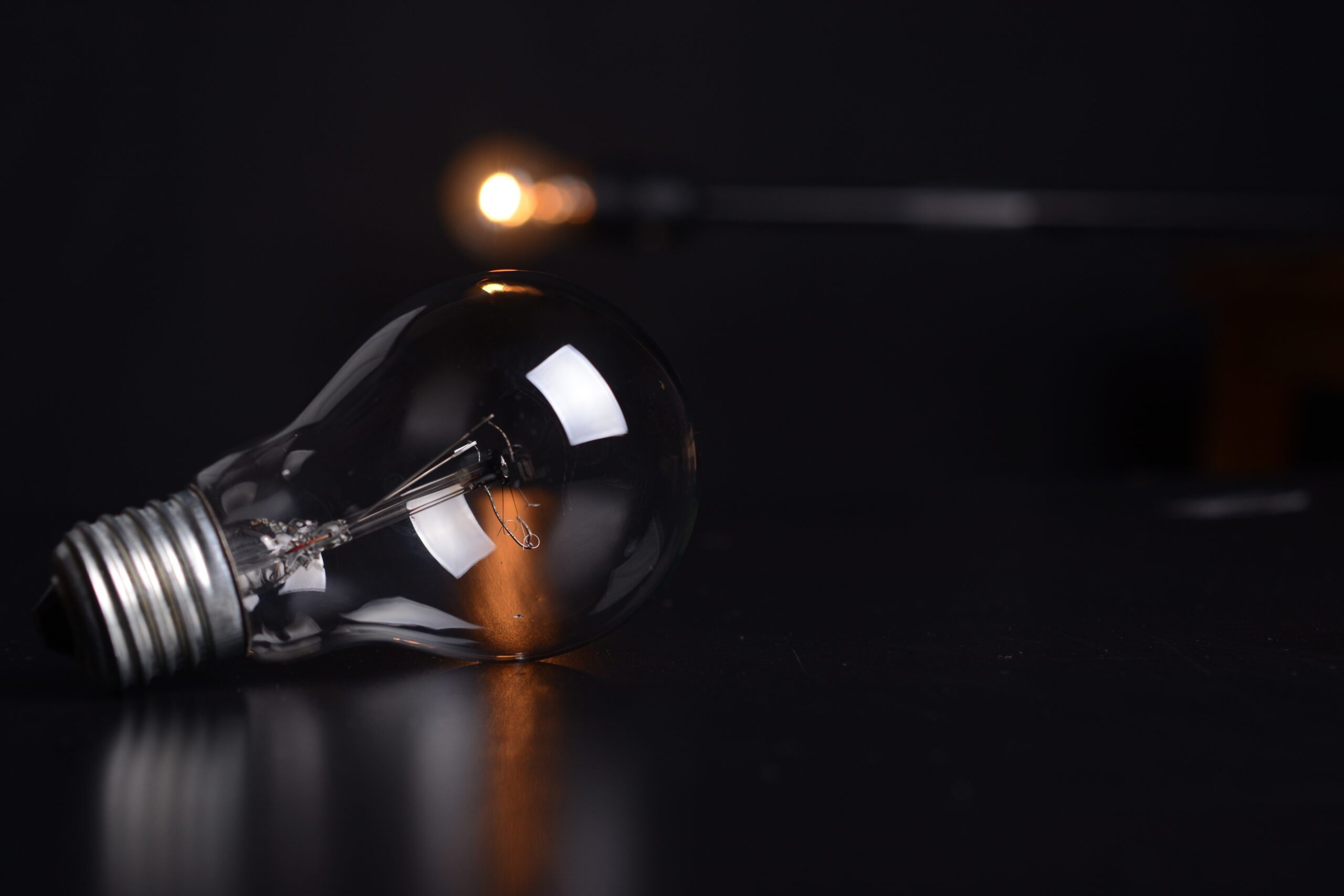 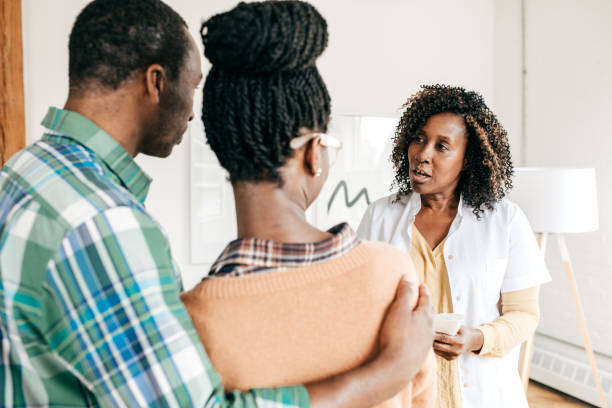 Female doctor discussing with a patients

The healthcare system in Nigeria has been overwhelmed by poor infrastructure, and a lack of resources. This is further compounded by the surge of migration by healthcare professionals moving abroad to make better remuneration.

According to a survey from the health care index, which is derived from the analysis provided by the world health organisation and the health ministries of various countries. Nigeria ranked as the 14th African country in health care delivery out of 18 countries studied. Nigeria ranked below South Africa, Tunisia, Morocco, Kenya, Algeria, Egypt, Rwanda, Tanzania, and Zambia. Nigeria cannot claim to be the giant of Africa with a continuing dwindling health sector.

The Only Success Recorded 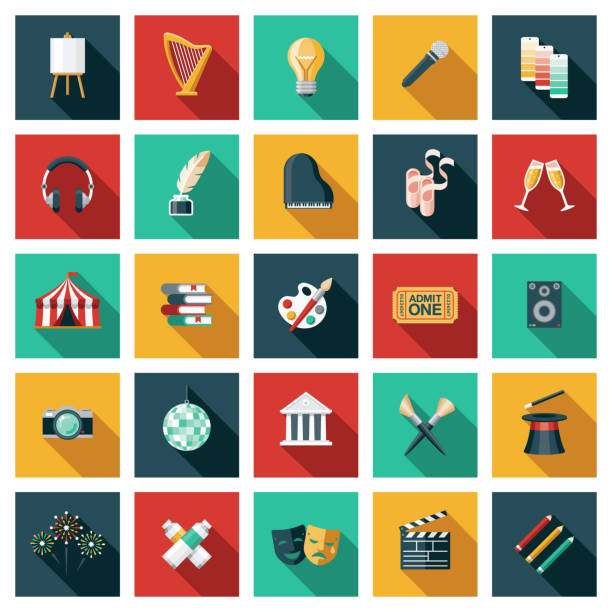 Career Insight: How to Promote Your Music Career In Nigeria

It is now evident that Nigeria has not lived up to the title of the “Giant of Africa”; over time, countries like South Africa have begun to live up to that position. Therefore, Nigerians must begin to ask themselves where we have gotten it wrong and what steps need to be taken to return Nigeria to its previous position as the Giant of Africa.

Do you have anything to say about this post? You are free to speak your mind in the comments section. You can also have an audience with Insight.ng bus our WhatsApp community as regards problems Nigerians face.

David Chiedozie
David Chiedozie Ndeokwelu is a graduate of Microbiology, who holds a Masters degree in public health. He is currently a medical student at the University of Ilorin and is passionate about fields of career, public health, entrepreneurship and career building.

Should You Go for NYSC After Graduation?

IMPORTATION OF GOODS INTO NIGERIA HAS DONE MORE HARM THAN GOOD TO...

Why Newly Married Couples Should Not Joke With Family Planning

CBDCs: ANY IMPLICATION FOR CRYPTOCURRENCIES?

Should Abortion be Legalized in Nigeria: Rabi’s Take

What you Do Not Know About Carbonated drinks

Reasons You Should Take A Gap Year After College!