What you Do Not Know About Carbonated drinks

Everything You Need to Know About Carbonated Drinks

Have you ever visited someone’s store and heard a buyer ask for soft drinks? More often than not, drinks categorized as soft drinks or minerals in Nigeria refer to the likes of Coke, Fanta, 7-up, malt, Pepsi, and others. Asides from their common names, they are also referred to as carbonated drinks.

Yes, they are called carbonated drinks for a reason.

First, there is a gas in all of them called carbon dioxide.

Second, this gas causes two major things: a fizzy sound [like ‘shhhh’ or as if someone is hissing] and bubbling at the upper part of the drink.

What happens when we open a carbonated drink like coke or Fanta?

This gas escapes. In a nutshell, this carbon dioxide gas is present in the drinks we refer to as minerals, hence the reason we call them carbonated drinks.

What Carbonated Drinks are Not

The answer: Since they do not contain carbon dioxide gas, they are not carbonated.

Why Talk About Carbonated Drinks?

Some time ago, I was a part of a “no carbonated drinks” challenge in Nigeria for a month.

Hundreds of people were to discipline themselves not to take these drinks for thirty days and give feedback to encourage others. At the end of the month, there was a reward for sticking to it all through. The result? Some people stayed through to the end. Others were not able to keep up till the end.

Other people could not live without taking drinks for more than four or five days, so they stopped. Still, others broke off a few times during the challenge.

I belonged to the last category. On the fourteenth and twenty-ninth of that month, I drank coke. I was able to stay off carbonated drinks on the other days. Here are some of the lessons from the challenge:

It is not very easy to suddenly give up taking these carbonated drinks.

Reducing the quantity of our intake of carbonated drinks or giving it up completely is good for us. I saw people’s testimonies. I have learned the consequences of taking too many carbonated drinks, which has informed my frequency of intake of these drinks.

Why Should We Avoid Carbonated Drinks Or Reduce Our Intake? 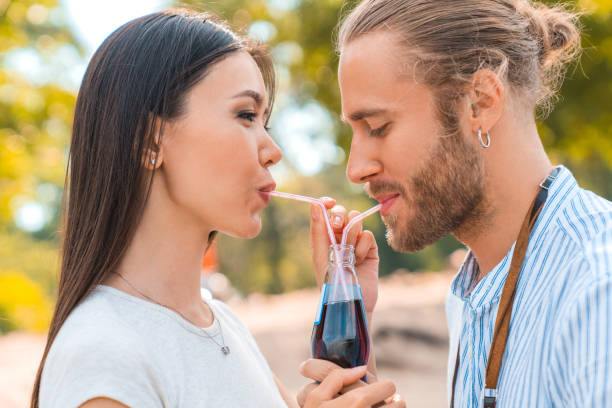 Sometimes, we may refer to people that utter these statements as “oversabis”. Are they telling us to avoid any fluid that has color, odour, taste, and carbon dioxide gas?

Before deciding if it is right to judge the people that emphasize the importance of drinking water, note these looming dangers of taking carbonated drinks:

Undoubtedly, our body needs a little amount of acid for digestion. While this is true, it is important to remember that what our body needs is an amount just enough to carry out important processes.

Therefore, when carbonated drinks become too much, the acid in our body becomes too much. Our stomach suffers from this excess acid, and discomfort results. All that discomfort for bottles of Pepsi? Nah.

Tooth decay results from too many carbonated drinks. Without mincing words, “no be only smokers fit get bad teeth”.

The calories in the drinks we consume expose us to a risk of being overweight. Overweight or obesity, in turn, are triggers for diabetes.

Because it is slowly becoming a habit to eat a loaf of bread with a bottle of coke instead of milo and milk; because malt drinks are fastly replacing water and fruit juices, our bodies become deprived of the fuel it needs to function optimally: nutritious food.

The result? Dull skins and wrinkles.

Read also: The Relevance of Nutrition to Mental Health

Yes, cancer. It is important to run as far as possible from carbonated drinks or reduce the speed at which we run to it at every whim because the chemicals that make a carbonated drink in Nigeria different from the others and enhance flavor and color are risk factors for cancer.

Dos and Don’ts of Carbonated Drinks 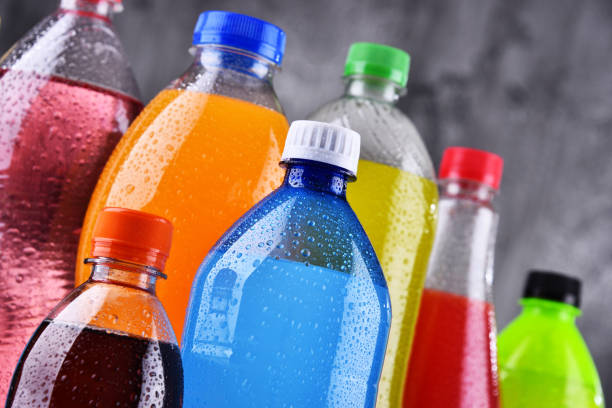 What if you would like to enjoy a drink once in a while? What things should you keep in mind to do and not do?

Reducing or avoiding carbonated drinks is not “beans”.  After the “no carbonated drinks” challenge, I went back to regularly taking coke and the likes for some time. It was harder when I had to attend events and Owambes because: “What is an Owambe without food and drinks?”

The key to accomplishing this feat and reducing my intake of carbonated drinks was thinking of the consequences of being ‘addicted’ to them. Yes, you have seen them earlier.

You can drop your impressions in the comments section or chat with Insight.ng on WhatsApp as regards carbonated drinks. You can subscribe to our newsletter if you would love to see more engaging posts.

Stella Agboola
Stella Agboola is a content creator who specializes in the field of health and disease. She also has a personal blog where she discusses social-related content. In addition, she is an avid reader of domestic thrillers and African novels. At her leisure, she reads books and listen to podcasts for information and entertainment.

BEST VACATION IDEAS FOR NIGERIANS: TIPS TO RELAX OR EXPLORE THE WORLD.

Why you should venture into Agriculture in Nigeria

Why Newly Married Couples Should Not Joke With Family Planning

15 Household Items You Will Find in Every Nigerian Home

Opinion: Can LGBTQ be Publicly Embraced in Nigeria?

The Influence of Social Media in Nigeria: Can The Society Live Without...

Can the Green Economy Alleviate Poverty In Nigeria?