Habits do not develop overnight. Habit formation is akin to weaving threads in different patterns over and over for days. They are either attractive or displeasing after being woven for a long time, depending on how the threads were woven. Consider loosening what you’ve made one thread at a time. That is a difficult task to take on. Why? Because you made them in various ways and patterns. If the threads become tangled or you cannot loosen them, you may eventually tire and abandon them. That’s just the way habits are; they’re things you’ve done repeatedly over time and have become ingrained in you. 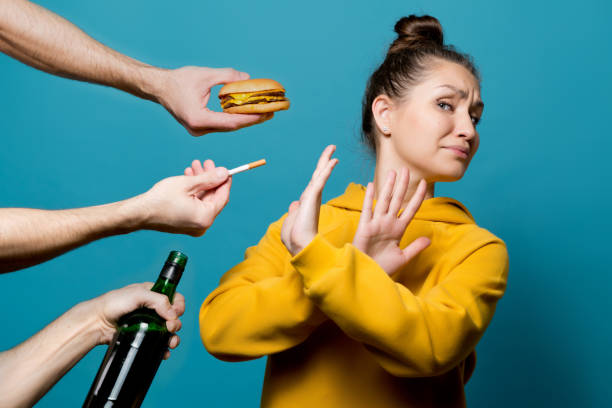 A habit is a regular pattern of behaviour that has been repeated over time and has become embedded in you. Your habits have the power to either make or break you. As a result, many talks and books have been written about developing good and healthy habits. Because they are an integral part of who you are.

As a result, unhealthy habits offer nothing but disruption to a person. You develop both unhealthy and healthy habits through the same process of repetition. Different people have different unhealthy habits worldwide, but certain habits are peculiar to certain countries even though they can be found in other parts of the world.

If there is a prize for best in lateness, give it to Nigerians. Ah!

In Nigeria, there is a concept known as “African time.” In reality, “African time” refers to being late. The phrase “No African time” has become quite common, but delay in events, functions, and programs has not reduced. Most of the time, there is a delay in the scheduled time for programs because attendees arrive late. Lateness often develops due to a person believing that the program will begin late, and many event participants share this belief. Lateness is both a poor work ethic and an unhealthy habit. When you tend to leave things until the last minute, you become disorganized, have a lot of jumbled thoughts, and have a low productivity rate.

The country’s situation isn’t ideal, but you can’t walk even a short distance in Nigeria without being hit by the pungent odour of urine. This is due to the lack of sanitary toilets in the area, and you can’t avoid nature’s calls. However, urinating on the side of the road is a bad habit. Aside from air pollution and public indecency, having urine droplets on your hand without the opportunity to wash them off is unsanitary. After a while, those parts of the road become irritating, which does not reflect well on the country. 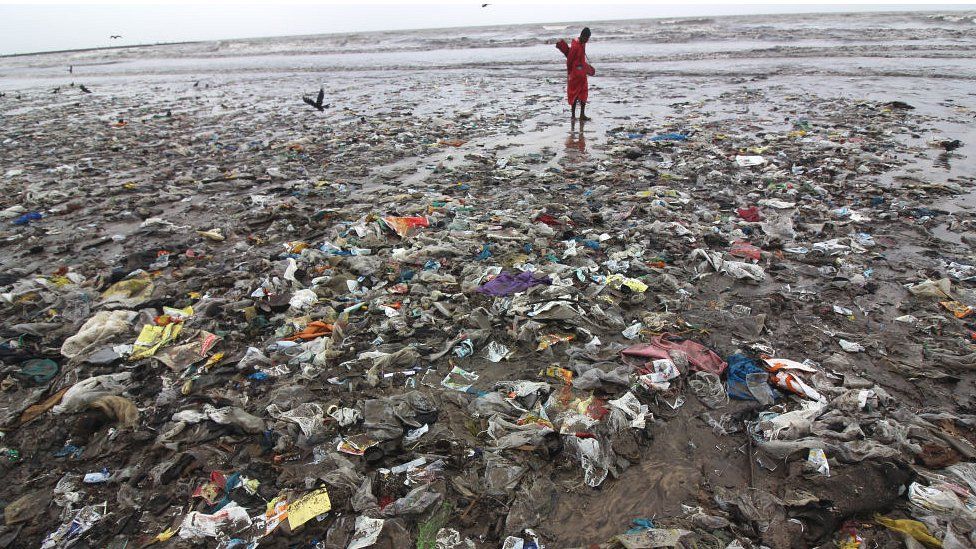 Nigerians are fond of littering the environment

One of the main causes of littering is laziness and carelessness. It pollutes both the air and the eyes. Polluting the eyes means the degradation of a place’s aesthetics, making it appear dirty and unhealthy. We throw waste wherever we sit instead of putting it in a dustbin or trashcan or keeping the dirt until we find one. Proper waste disposal prevents the spread of many diseases in the environment. Unfortunately, several states in Nigeria are filled with dirt in inappropriate locations, an unhealthy habit. Cleaning waste is also expensive for the economy, and non-biodegradable wastes in the environment are harmful to humans and animals.

Being entitled is a dangerous and unhealthy habit. Feeling entitled to another person’s success or appreciation saps your happiness faster than fear. Nobody owes you anything, but many Nigerians believe they are entitled to other people’s success. After all, they helped them in a time of need, because they are family, or for various other reasons. Appreciation is nice, but leave it to the other person; don’t feel entitled to anything that belongs to someone else, including their time.

Negative talk is common worldwide, but it is peculiar to Nigerians. Cursing and swearing have become normal, which is dangerous. Curses are flying in the air in situations where simply ignoring the issue could have solved the problem. For example, it is now widely accepted that you’re not close friends if you can’t call them “ode” (fool). But what if your friend is offended by such words? Does that mean you’re not close? Negative speech is an unhealthy habit that causes more harm than you can imagine. Being unruly is an unhealthy habit that Nigerians engage in, whether they are aware of. Nigerians have found it difficult to be patient while waiting for a roll in banks. Have you seen the sources of the majority of Nigerian traffic? It’s either two drivers who can’t be patient with each other or some drivers who can’t stay in their lanes and want to get away as quickly as possible. Unruliness exacerbates situations, but this is the next course of action that Nigerians take in difficult situations.

Many Nigerians do not wash their hands. Sometimes you get the feeling that your hands are dirty, but you think you didn’t pick up anything, so you don’t wash them and probably eat with them. This is an unhealthy habit that spreads germs throughout your body and to those around you. When you eat without washing your hands or yawn and then cover your mouth with those hands, you’re ingesting a million germs with a single action. Consider shaking a family member or carrying a baby with dirty hands, contaminating their bodies. What if they unintentionally touched those dirt spots and ate with them? You are not required to wash your hands only when they appear dirty. Many diseases have been spread as a result of improper hand washing.

Read Also: 7 HABITUAL LIFESTYLE MISTAKES TO AVOID AS A NIGERIAN

The Centers for Disease Control and Prevention (CDC) recommends replacing your manual toothbrush every three to four months to keep your teeth clean. But in Nigeria, our toothbrush is one of those things that we don’t give much thought to. We can use a manual toothbrush for over five months without changing it, most likely because we forgot or don’t care. This is an unhealthy habit that is practised in Nigeria

Read Also: Habits To Practice To Maintain A Healthy Lifestyle In Nigeria

The issue is not chewing gums per se, but rather how we chew and dispose of them. You’re unlikely to walk into a classroom without finding chewing gum stuck underneath or on the table or chairs. Chewing gums are intended to assist you; their applications are numerous; however, they are not intended to cause distractions or to paint you in a negative light. It’s unhealthy and disgusting to leave a mess on tables or chairs.

How to Stop Unhealthy Habits 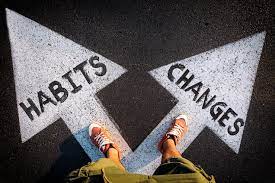 You cannot abandon unhealthy habits; you can only replace them. This means that to break an unhealthy habit, you must replace it with a healthy habit of your choosing. For example, to break the habit of being late, the thought “the program will start late anyway” must be replaced with “I can’t afford to be late. I have to be there before the program starts.” This will help a person’s actions, and you will gradually break the unhealthy habits.

So, let’s look at some methods for breaking unhealthy habits.

Accepting a bad habit is the first step toward breaking it. Accepting it’s not good will fuel your desire to break the habit. You may become irritated when others tell you that it is an unhealthy habit without recognition and acceptance. However, once you’ve admitted it’s not good, you’re well on getting rid of it.

Choose a replacement for that bad habit when ready to change it. For example, if a person who engages in negative talk wishes to address a friend, they can say “my darling,” the person’s name, or any other nickname that comes to mind instead of “ode.” That way, even if you say something negative, you’ll want to change it immediately.

It will take time to develop healthy habits, just as it took time to develop unhealthy habits. So, be prepared for slip-ups; you won’t be able to break bad habits in a single day. Don’t be disheartened if you find yourself falling back into old habits. Instead, stay focused on your goal and strive to improve at every opportunity.

Wayne Dyer once said, “Healthy habits are learned the same way as unhealthy ones – through practice.”

As illustrated in the first paragraph, breaking bad habits is difficult but not impossible. However, you’re on the right track if you have patience and keep practising. And remember that “when you build healthy habits now, you will have no reason to change them, and they will help you build the kind of life that you desire.”

Do you have ideas to curb unhealthy habits in Nigeria? Drop a message on Whatsapp, and let’s discuss.

Praise Eso
Praise is a content writer, a multi-niche creative, a God-lover, and someone who is enthusiastic about using words to make the world a better place. She isn't quite where she wants to be, but she is making steady progress.

5 Effective Ways to Raise Capital for Business in Nigeria

18 Best Ways To Invest In Yourself as a Nigerian

The Pros and Cons of Listening to Music While Reading

Money Mistakes That Will Ruin Your Rich Goals in 2022

9 Tips on How to Travel on a Budget in Nigeria

The Relevance of Nutrition to Mental Health

7 Tips For Nourishing the Skin

7 Compelling Signs Of Maturity In A Relationship

10 Easy Tips to Keep Your Body and Mind Glowing