Africa is the world’s second-largest and second-most-populous continent. Apart from its population, it is a blessed continent with the best natural resources.

Beneath the surface of Africa lies a wealth of mineral resources in large quantities. Africa is home to about 30% of the world’s mineral reserves. 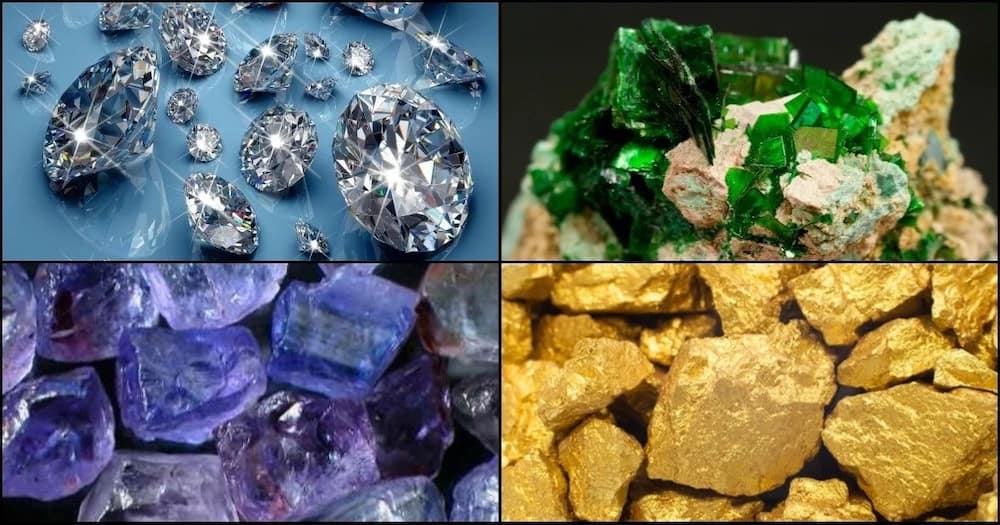 Africa is blessed with a lot of resources

However, this article only lists the top 10 African countries with the best natural resources.

Nigeria happens to be a country blessed with the best natural resources. Nigeria is the leading producer and exporter of the essential economy of the continent; Crude oil.

Oil represents 40% of the country’s gross domestic product. Nigeria is also blessed with a wide variety of mineral resources besides crude oil.

Nigeria has deposits of precious stones like sapphire, emerald, beryl, zircon, tourmaline and garnet. These are the world’s most scarce precious gems. No wonder she is called the “Giant of Africa”.

This country is the leading producer of diamonds. The mining sector of her economy, especially diamond mining, has earned her place as a country with the best natural resources. Botswana is the number one producer of gems and diamonds in jewellery production.

The largest diamond pipes at Orapa and Lethlhakane, south of the Makagadikgadi Pans.

Botswana is abundant in natural resources such as silver, copper, coal, soda ash, nickel, potash, iron ore and gold. Botswana is also one of the most resource-rich countries in the world.

South Africa is also a country with the best natural resources with huge, diverse mineral potential. It is number one in the production of chromium, manganese, platinum, vanadium, and vermiculite, alongside its 35 goldmines.

She is also rich in gold, silver, iron ore, beryllium, copper and titanium. South Africa is also one of the largest coal producers in the world, and 40% of the coal produced is used to generate energy.

The major location for the mineral resources is the Northern Cape Province.

The Democratic Republic of Congo is one of the wealthiest African countries in the sphere of natural resources. All mobile phones contain cobalt, and Congo is the world’s largest producer. It is also one of the producers of diamonds and copper in Africa.

The DRC also contains untapped gold and high copper reserves. Lithium and cobalt are used in the production of batteries, and in 2019, 63% of the world’s cobalt production came from the DRC.

Tantalum is a metal used in the production of electronic equipment. It is mostly used in laptops, mobile phones and other electronics. More than half of a mobile phone’s component is produced from metals found in the DRC.

DRC is one of the world’s largest producers of tantalum. Together with Rwanda, they produce more than half of the world’s tantalum. The DRC also produces gold, diamond, tin, copper, coal, zinc, iron ore, oil and gas.

Read Also: 25 Beautiful and Wonderful Places to Visit in Nigeria

This country also makes the list as one of the African countries with the best natural resources. Niger produces Uranium, commonly used for power generation in the nuclear power industry.

Its uranium production represents 44% of the continent’s total supply and 40% of the country’s total export. This country is home to the largest underground mine in the world, where you can extract uranium. It can be found at the north of the Agadez Region.

Egypt has been predicted to have one of the best economies in the coming years. It produces all the natural gas in the Mediterranean. This has enabled structural investments in industrial zones and power generation. It is also home to a wealth of natural resources like gold, zinc, platinum,  copper and silver.

These resources lie below Egypt’s eastern deserts, the Sinai Peninsula, Sukari Mountain, Hamash,  and Um Bogma in Central Western Sinai. These have earned this country her place on the list to be recognised as one of the top African countries with the best natural resources.

Ghana is the largest producer of gold in the entire African continent. It has established several gold mines with modern facilities.

Namibia discovered uranium in the dessert Namibia and exploration began in 1960. Currently, Namibia holds 4th place in the world in the Production of uranium.

She Is rich in diamonds, zinc, lead, salt, tantalite and copper. Many international companies have invested in the country’s uranium resources for energy production.

This country is without dispute worthy of making this list as one of the African countries with the best natural resources. Mozambique has a lot of natural resources, but the most common is Aluminum which forms 30% of the country’s exports.

All these natural resources help to boost the country’s economy. The country has strategic points for these mineral resources such as Niassa, Tete, and Manica Province.

Zambia happens to be the richest African country in copper. Its production of copper supersedes that of other countries. It produces 77% of the continent’s copper.

It also has the biggest underground copper mine on the entire continent. Zambia is also rich in copper, emerald and cobalt.

The mineral resources are located at Ndola, Kitwe, Chililwbombwe,Luanshya, Kalulushi and so on.

Africa is indeed blessed. There’s no dispute to this assertion. The amount of valuable resources in the continent alone proves that fact. However, one begins to wonder how we’re so rich, yet average African struggles with poverty. We also see that poverty alleviation has proved difficult for many African countries, if not all of them.

You can see that Africa’s problem has never been a lack of resources but a lack of proper management and leadership. It is hoped that the leadership of African countries would do better in utilising the natural resources that the continent has.

Oghenechovwe Eghwrudjakpo
Chovwe is content writer and a Fashion Designer. She's also a Chartered Mediator and Conciliator. She's an advocate for peace and loves art. She owns a fashion brand and is very passionate about what she does.

HOW TO START A PLASTIC RECYCLING BUSINESS IN NIGERIA

Is AI an Existential Threat to Humanity?

How to Boost Intra-African Trade